They were living in a three-bedroom bungalow, with one bathroom, which had become completely unusable. The DIYSOS team completely demolished and rebuilt the house, creating a brand new family home with five bedrooms and two bathrooms which now caters specifically to their needs.

Ainsworth Civils were part of the 100-strong team of traders and suppliers who helped the project by working or providing materials for free. Working alongside teams from all over Kent, Ainsworth Civils landscaped the outside areas as part of the entire garden redesign.

Speaking at the big reveal, Garry Ratcliffe said: “We are overwhelmed by people’s generosity and the finished house is better than our wildest dreams. To everyone who has been working on the project, words cannot describe our appreciation. You have all made our children’s lives so much easier and just perfect. You have made a forever home for our forever family.” 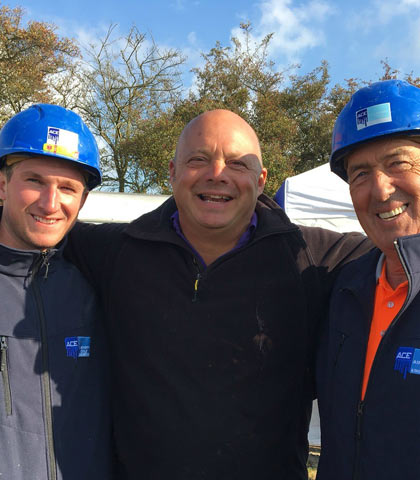