Ainsworth Civils provided civil engineering works on Network Rail’s project to build a new station and two miles of new track in the Abbey Wood area as part of the Crossrail programme. One of the largest railway and infrastructure construction projects undertaken in the UK, Crossrail is a 118km (73 mile) railway line that has been developed for London and the south east.

Featuring 21km (13 miles) of new twin tunnels under central London, the new railway links 40 stations between Reading and Heathrow in the west, and Shenfield and Abbey Wood in the east.

The striking new Abbey Wood station building and concourse were opened to Southeastern passengers at the end of 2017, having undergone a complete rebuild to facilitate the new Crossrail services.

The opening marked the start of the transformation of transport links for Abbey Wood which will be served by existing Southeastern rail services and the Elizabeth line from December 2018. Abbey Wood will be one of ten new Elizabeth line stations, providing passengers with a direct link through central London to new destinations.

The new two-level station now provides a larger concourse and two new ‘island’ platforms. Crossrail will provide up to 12 extra trains an hour, providing a high frequency commuter service linking Abbey Wood with central London. This development is not only a boost to regeneration and investment in the Abbey Wood area, but is the single biggest addition to the local rail network since the North Kent line was built in 1849.

As part of the station rebuild, the existing North Kent lines were moved southwards to make space within the railway corridor for the two new Crossrail tracks. Two existing footbridges have been replaced to span over the new four-track railway and rise above the overhead electric wires that will be used to power the Crossrail trains.

Throughout this project, Ainsworth Civils not only maintained a flawless health and safety record with no reportable accidents, but also delivered the major milestone of the first section of dedicated Crossrail track to be installed anywhere along the route in May 2015.

“Congratulations on delivering the largest concrete pour to date on the project of 270m3. This marks a significant milestone for the portal area works, which continue to be delivered safely and to programme. Thank you for your continuing efforts.”
Simon Swaby, TMICE EngTech Balfour Beatty Construction Services UK

“I just wanted to say thank you. You have been absolutely pivotal to the Abbey Wood Station opening. You have gone above and beyond. The team has come to rely on your ‘can do’ attitude and general drive. Well done guys!”
Simon Lewis, Senior Programme Manager, Balfour Beatty 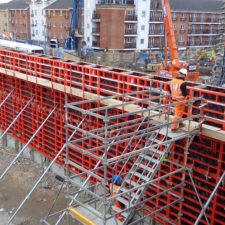 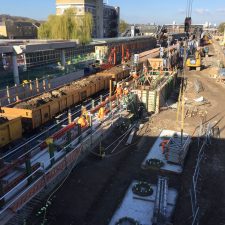 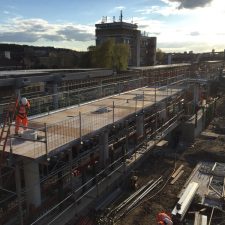 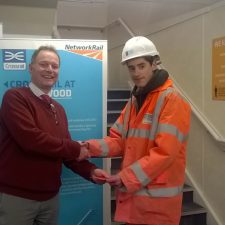 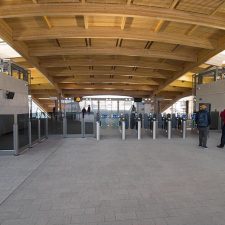 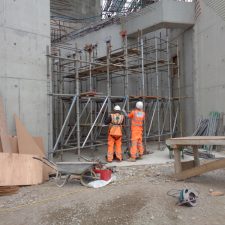 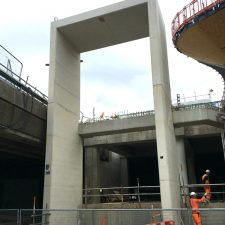 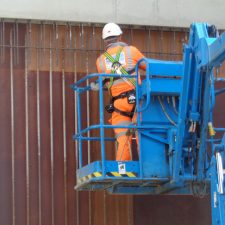