Local authorities rely on transfer stations to maximise effective sorting and haulage of waste material. The Church Marshes transfer station was designed specifically to aid the sorting and storing of materials before moving them on to larger sites for disposal or recycling. However, the increasing volume of trucks accessing the site had risen to such a level as to negatively impact the surrounding roads and affect productivity on site.

Minimising turnaround time and ultimately reducing the impact on the surrounding environment.

Working with Balfour Beatty, Ainsworth Civils were tasked with improving the traffic flow of the site. To do this we built the foundations for a new weigh bridge for trucks entering the site, re-assigning the original weigh bridge for trucks exiting the site. This ensured a more efficient flow of vehicles, minimising turnaround time and ultimately reducing the impact on the surrounding environment.

The Main Contract Works delivered under this Scape Framework were the delivery of the foundation slabs for a new food waste compactor unit – the first compactor unit in the Sittingbourne area. This would increase efficiency and reduce material bulk being transported, thereby reducing vehicle movements and the overall environmental impact and carbon footprint. deliverables included a concrete ramp, drainage pipework to a collector tank, an odour suppression unit and foundations for a steel portal canopy covering the entire compactor site.

Aside from the weigh bridge and compactor foundations, Ainsworth Civils also removed the old welfare unit and replaced it with new improved facilities, including changing rooms, ablutions and office space as part of the overall site upgrade.

“The workforce from Ainsworth Civils are extremely knowledgeable, take active part in all discussions and demonstrated while I was on site that they do not walk past anything unsafe. They should be commended on their attitude to safety and used as an example to all other subcontractors.”
Nigel Loraine, Balfour Beatty Contracts Manager 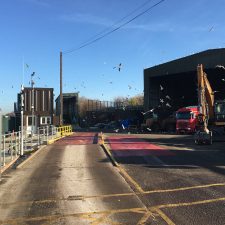 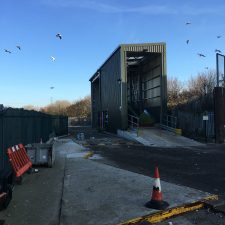 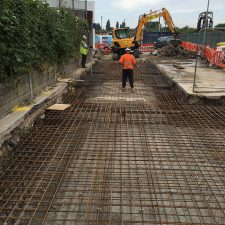 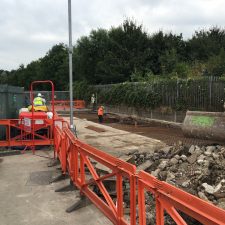 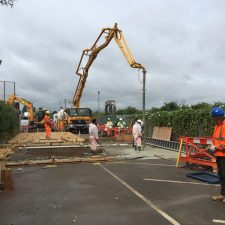 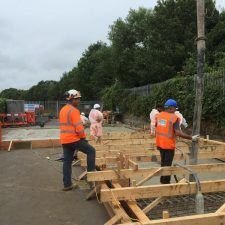