Working with Balfour Beatty, Ainsworth Civils were involved in Phase 2 FRC works on the Bristol Guided Busway Project. This project provided an express bus service on 31 miles (50km) of segregated busways and bus lanes. Work included the construction of the Portishead Railway Skew Bridge alongside a dual carriageway, over a railway line and in the vicinity of a busy trading estate – and right next to Bristol City Football Stadium.

Our first operations were to construct the northern bankseat/abutment. The final column base slab was excavated, which we fixed and poured while working on the abutment. One team proceeded to construct the six columns and four crossheads in the sequence required for Balfour Beatty’s Belgian supplier to install the steel girders in the scheduled rail positions. Another team worked on building the northern ramp reinforced sub slab to receive the precast parapet walls. These were bolted down to the sub slab before being joined using a reinforced slab to form the road carrier slab.

Once Balfour Beatty had completed sufficient RECO wall, our team was able to complete the southern bankseat/abutment allowing the steel girders’ installation to progress from the northern end. With the girders fully installed, we were able to complete the bearing installation before beginning construction of the composite deck. While constructing the composite deck we discovered an alignment issue which we overcame by installing slightly longer EMJ panels, ordered on a short lead time from the supplier.

While constructing the deck Balfour Beatty completed their RECO walls on the southern ramp. Ainsworth Civils moved in to construct the reinforced slabs and precast carrier slabs with very limited working space as Balfour Beatty had removed access from the southern end due to programme acceleration to recover their earth works programme.

Ainsworth Civils managed to speed up an already delayed project by efficiently deploying teams to allocated sections of the project. Some works required 24-hour working to meet key delivery dates. Not even complications in the rebar design held us back, as we overcame these by bending the steel ourselves to keep the project on track. We also maintained our 100% health and safety record.

“Ainsworth Civils are a very proactive company. Their supervisors on site are always looking ahead and trying to value engineer at every opportunity. Their workmanship is of a high quality and their commitment to safety is second to none.

We have a very good relationship and this shines when we hold our collaboration meetings, where ambitious deadlines are discussed at depth and a way forward is agreed. Ainsworth Civils have so far always met our targets and never let us down, they abide by our rules and assist us every step of the way in achieving one goal – Safe Project Completion.”
Richard Sanderson
Balfour Beatty Project Manager 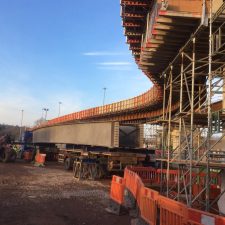 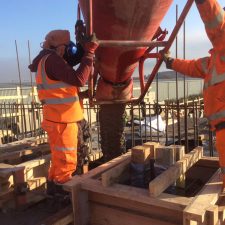 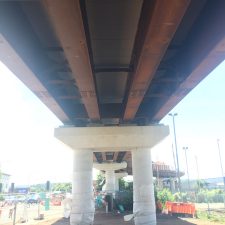 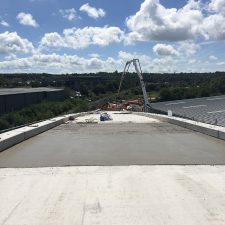 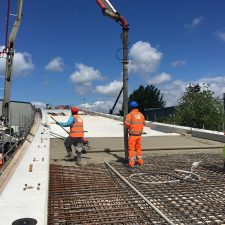