Rockdale Housing Association provides sheltered housing and a residential care home in Sevenoaks. They were looking to expand their site with 29 new leasehold apartments. Ainsworth Civils were awarded the contract for supplying groundworks, drainage and hard landscaping on their Summerbank and Laurie House refurbishment and new build developments.

Ainsworth Civils commenced work in the second phase of the overall project. This covered completing the groundworks for the Summerbank development, starting the Laurie House new build and the groundworks for the refurbishment of Laurie House. The pressure was on to complete this phase before Christmas as the initial deadline had already been greatly extended by previous delays. To overcome the ongoing site obstacles beyond our control, Ainsworth Civils doubled the manpower and undertook various redesigns to enable the laying of tarmac for the roads and footpaths around the site to commence on time.

Hard landscaping work included the new road and footpath layouts, new patios, building new bin stores and electric kiosks as well as installing all the services, such as electrics, gas ducts and water mains. Managing the different ground levels was further complicated due to the steep gradient of the site. Ainsworth Civils constructed additional retaining systems to safely contain the ground and prevent possible landslides.

Drainage work involved replacing the current drainage layout with an updated system. The complexity of the drainage also meant that Ainsworth Civils staff were required to undergo confined space training to enter the deep manholes using a tripod and winch as a safe means of access. Following this, Ainsworth Civils staff are now trained in this work and have gone on to apply it on other projects.

Ainsworth Civils maintained a 100% health and safety record with no reported incidents throughout the 18 month project, in spite of the challenging work environment.

The charity Rockdale Housing Association provides sheltered housing and a residential care home on its site in the heart of Sevenoaks, at the end of Rockdale Road. The original Rockdale House was a Victorian building and for many years it was the home of a former Mayor of London Sir John Laurie. The Association was set up over 60 years ago with the aim of providing housing and care for older people in Sevenoaks.

It was largely the result of the determination of one woman – Miss Beatrice Wilson – a gifted physiotherapist with a vision to improve the quality of older people’s lives in the town. Born in 1897, she trained as a physiotherapist at Guy’s Hospital, showing her commitment to Sevenoaks by opening the town’s first physiotherapy centre in South Park in 1937. In 1948 she realised her ambition of improving the care of older people in the town by setting up Rockdale Housing Association, and opened Rockdale House, a residential home, in 1953.

After 60 years, in 2013 Rockdale moved from the old Victorian care home at Laurie House just up the drive into Rockdale House, a brand new state of the art modern residential care home. As part of the expansion plans, refurbishment of the old Rockdale House into leasehold flats along with two new build blocks, Summerbank and Laurie House will provide a further 29 leasehold apartments. 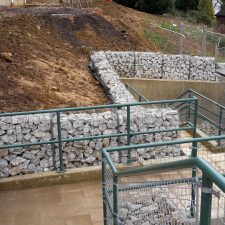 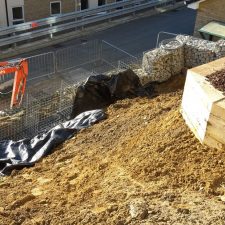 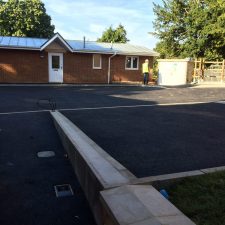