We raised money again for 21 Together at our annual Christmas party this year – a wonderful charity working together with the Down’s Syndrome Community in Kent to raise expectations and realise potential, focusing on training, support, information & awareness. 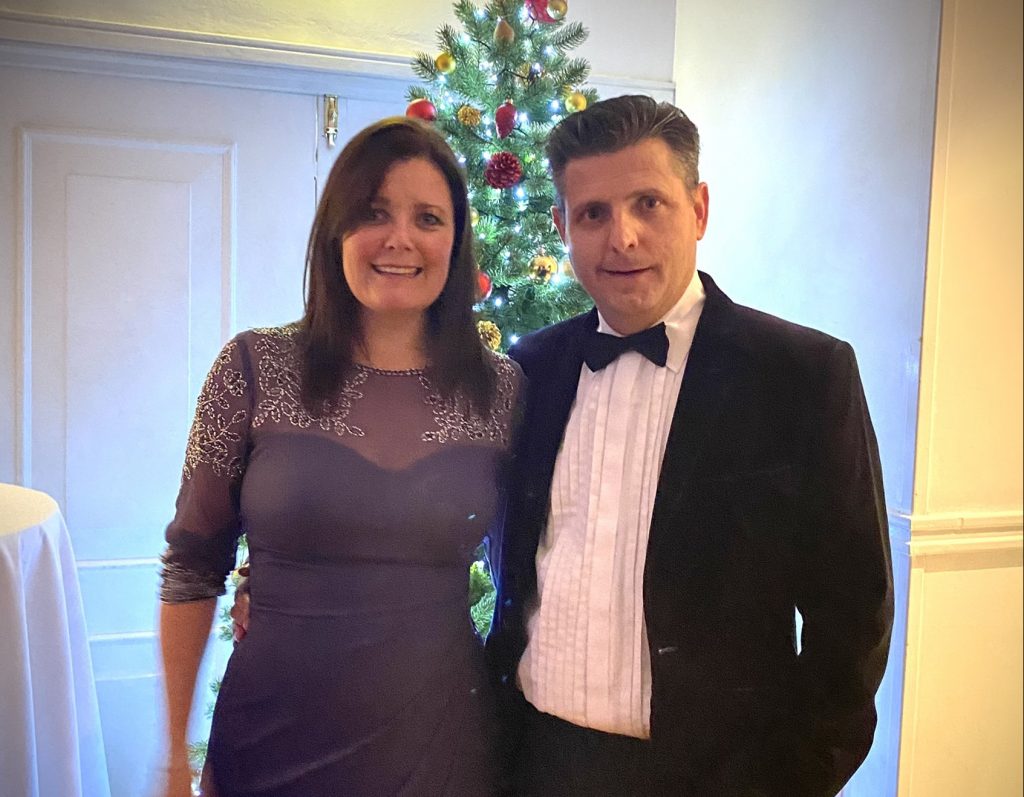 Money raised at our Christmas party went to 21 Together this year – a wonderful charity working together with the Down’s Syndrome Community in Kent to raise expectations and realise potential. 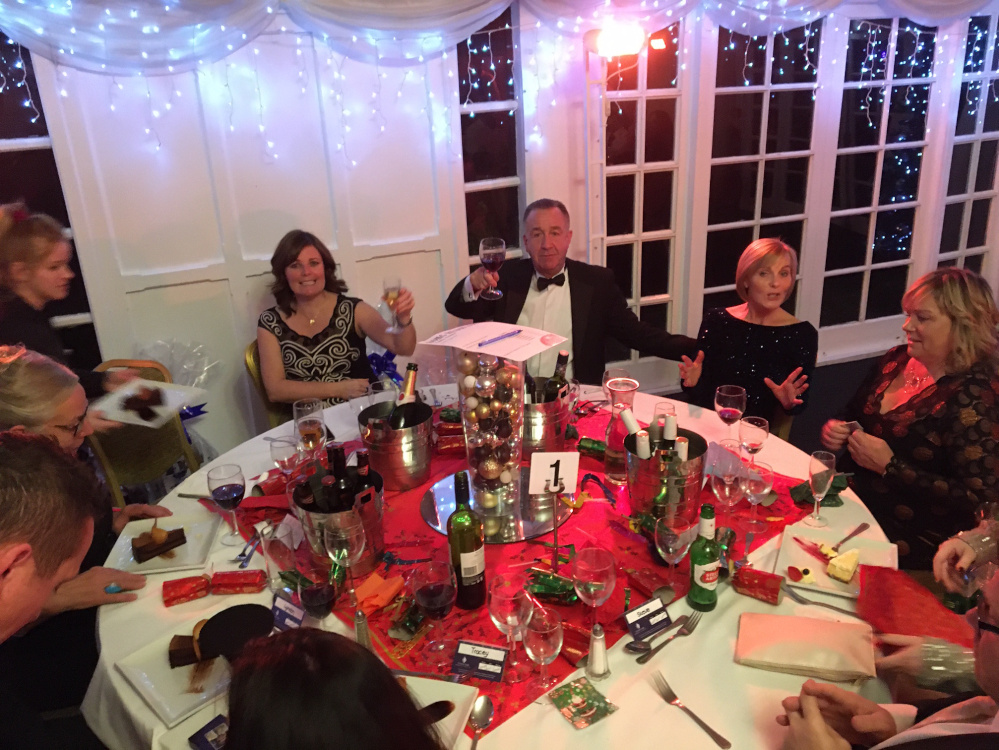 Ainsworth Civils are always been keen to support their local community and to develop sponsorship opportunities in Kent.

We have recently sponsored The Puzzle Project, showcasing puzzle pieces decorated by members of the Medway community and brought together by Rivermead Inclusive Trust.

This exhibition was at the Chatham Historic Dockyard. 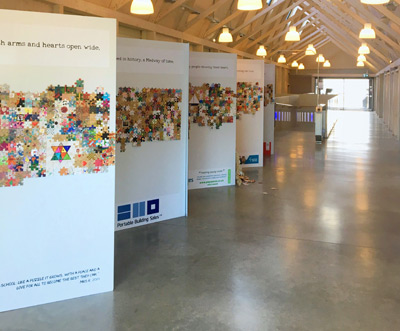 The Royal Regiment of Fusiliers

We are proud to be associated with the The Royal Regiment of Fusiliers and to lend our support to their worthy causes. 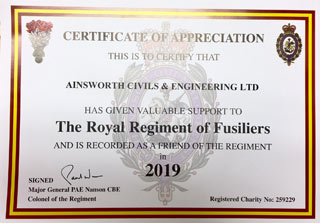 In recognition of the Ainsworth Civils sponsorship of the Medway RFC U17 tour, we were presented with a framed tour shirt at the Medway RFC Sponsors’ Lunch.

Involvement in the community has always been important to us at Ainsworth Civils – especially when it comes to sport and youth development. 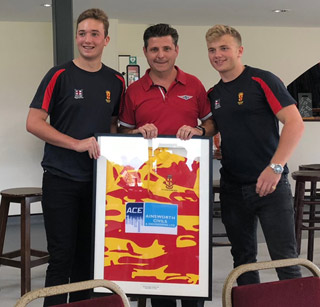 In recognition of the Ainsworth Civils sponsorship of the Medway RFC U17 tour, we were presented with a framed tour shirt at the Medway RFC Sponsors’ Lunch.

Involvement in the community has always been important to us at Ainsworth Civils – especially when it comes to sport and youth development.

As great supporters of their local community, having sponsored in 2016, Ainsworth Civils were again proud sponsors of the annual Sutton Valence Water Slide event – a hugely successful day with the UK’s longest water slide enjoyed by young and old.

It was organised by the Queens Head Oddfellows Fund (QHOF), with all proceeds of QHOF fund raising events going to local worthy causes.

Ainsworth Civils are proud to be sponsoring Alfie Cox as he chases his dream of becoming National MotoX champion.

A talented all-round sportsman, Alfie first decided to try motocross two years ago. After riding at small local tracks on a pit bike, he purchased his first real MotoX bike in October 2014, spending the winter practising at Wildtracks in Chippenham.

He then joined Mid Sussex MX Club for the 2015 season, riding in the Big Wheel 85 class.

Going from strength to strength, Alfie finished his first ever season in 6th position, earning a place on the Mid Sussex team for the end of season ACU Team Event where the team finished 3rd overall.

Alfie had a great 2016 season which included his first ever race win and finishing 5th in the championships. He also took part in the MX Master Kids, which hosts the best riders in the country, finishing 27th overall.

Alfie has now set his sights on competing nationally again in the 2017 season, aiming to improve his position all the time. 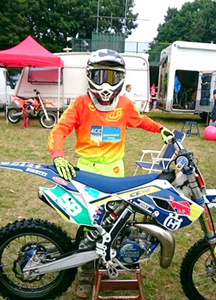 Ainsworth Civils have always been keen to support their local community and to develop sponsorship opportunities in Kent. As Julius Ainsworth, MD of Ainsworth Civils, is a keen hockey player and a member of Sutton Valence Hockey Club, Ainsworth Civils are pleased to announce the extension of their initial three-year sponsorship deal arranged with SVHC to help grow the club, building on its uniqueness, strengths and future potential.

Lewis Mitchell, chairman of SVHC said: “We are delighted at our ongoing association with Ainsworth Civils who have shown such a great interest in our club and wish to support both our men’s and ladies’ sections going forward. Ainsworth Civils’ sponsorship continues to help our friendly village club to afford the kit, equipment and facilities we need in order to support our membership and to build for the future.”

Ainsworth Civils’ Finance Assistant, Sarah Wright, is not only good with numbers but also an ace shot. Sarah won team gold at the Shooting World Championships in Granada Spain during September 2014 and a fourth place in the Olympic Skeet event in her Commonwealth Games debut at Carnoustie during July/August 2014.
More recently, Sarah has been selected to represent Team GB in World Cup events held in Cyprus, San Marino and Azerbaijan. As well as continuous Team GB selection, Sarah’s next main focus is to represent England at the 2018 Commonwealth Games taking place on The Gold Coast of Australia.

In order to qualify for the World Championships and to be selected for the Olympic teams requires many hours of training with total dedication and focus. Apart from her extensive training, Sarah enters competitions locally, nationally, and internationally in order to increase her chances for selection.
Sarah has joined Ainsworth Civils on a four day a week basis, allowing her time to practice and pursue her ambitions of representing the GB women’s skeet team at the 2020 Olympics in Tokyo, Japan. As Sarah’s sport is an amateur activity there is limited funding available. To help Sarah with her world class ambitions, Ainsworth Civils have developed a sponsorship package providing funding for her training, travel, and accommodation costs.

Sinead Ainsworth Finance Director of Ainsworth Civils said: ‘The appointment of Sarah as Finance Assistant has been a great asset to our team, her natural on target accuracy has already proved to be invaluable. We are pleased to be in a position to help Sarah with her World Championship and Olympic aspirations.’ 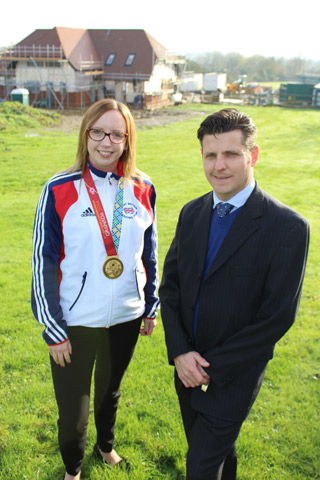